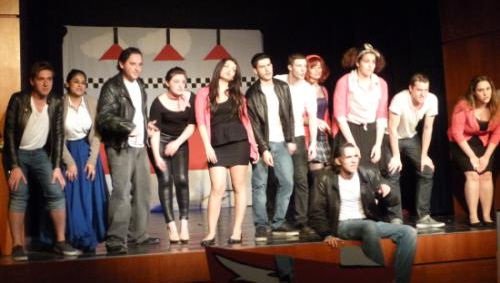 It was a production that almost didn’t happen: When the play’s director left unexpectedly about a month before the show’s opening, the Spring 2013 production of Grease came dangerously close to a halt.

“We were this close to staging the play that wasn’t,” said co-director Tariro Mzezewa, a JCU degree seeker.

But the cast and crew were not going to be so easily discouraged and decided to bring the project forward on their own. “Every single member of the ensemble made a huge commitment of time and energy to make the show possible,” says study abroad student and co-director Emily Adler.

The cast and crew worked long hours, practicing every Tuesday and Thursday evening in the Aula Magna until the last possible moment.

Their effort paid off. The show played to a full house in the Aula Magna Regina on both April 16th and 17th.

The performers brought this much-loved musical to life with their singing and dancing talent, enhanced by their amazing energy and enthusiasm. A very special role in the show was played by degree seeker John Caudill, whose expert piano playing provided the show’s soundtrack. JCU’s newly formed Film, Media, and Communications Society even contributed an original short film for the scene in which Danny and Sandy are at the drive-in movie, a twist that was greatly appreciated by the audience.

“We are especially grateful to JCU Chief of Staff Kathryne Fedele, who was incredibly supportive and believed in us from the start, even lending her talents as a choreographer,” explains crew member Hannah Quinn, a study abroad student from Baylor University. She and fellow visiting student Dale Murphy actually painted all the sets and made most of the costumes and props.

“I think it’s great that JCU gives visiting students the opportunity to play an important role in a theater production such as this. At my home school you would need to be a theater major. It’s an excellent way for study abroad students to become part of the JCU community. We really became a big, crazy family!” continues Hannah.

The Theater Group would like to thank President Pavoncello and JCU staff members Pilar Murguia, and Juliana DiBona as well as the JCU security team for always giving them “five more minutes!”

President Pavoncello, who attended the show on opening night, was extremely impressed with the result: “I am happy to say that theater is alive and well at JCU, thanks to a wonderful group of creative, hard-working students who joined forces to make it all happen.” 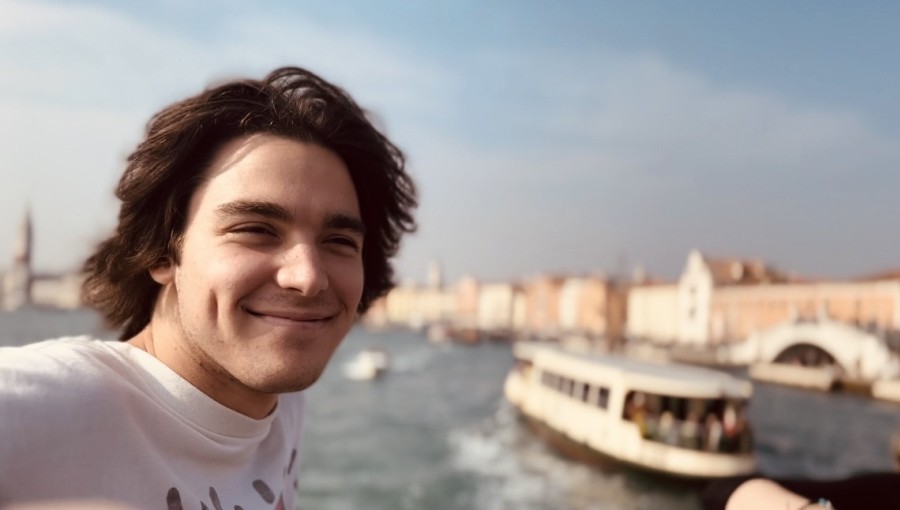 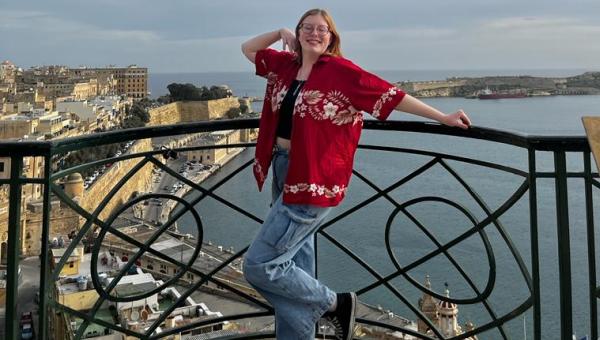 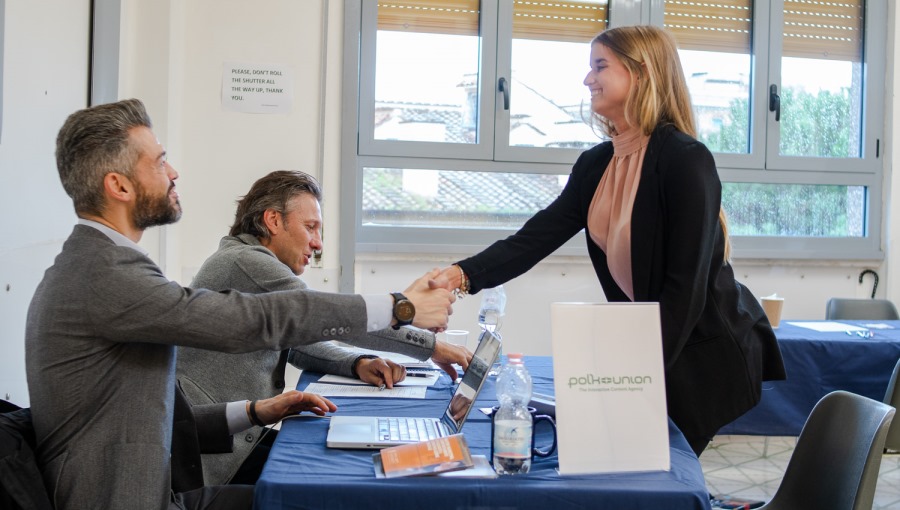