The company specializes in turnkey original coating systems and plants for the vehicle industry.

In October 2012, the popular prime time news program Report did a feature on Dr. Arabnia, as a unique example of a CEO guided by ethical principles and a courageous and creative approach to problem-solving in times of crisis.

Under Dr. Arabnia’s leadership, the company reacted to the serious economic crisis that hit the auto industry in 2008 by investing as much as possible in innovation and research. After Geico recovered, Dr. Arabnia actually decided to give workers back the money that they lost when they were placed under a voluntary “reduced salary” regime in 2009 and 2010.

Born and raised in Teheran, Dr. Arabnia graduated from John Cabot University in 1983 and has been a JCU Trustee since 1998. He has distinguished himself by his uncommon generosity and wise counsel to the Administration throughout the years, and was awarded an honorary doctorate in Business Administration at the May 2010 Commencement Ceremony. In February 2011, Dr. Arabnia shared tips on strategic thinking in times of crisis with JCU students.

A Passion for the Classics: Alumna Elena Catalina Sirbu 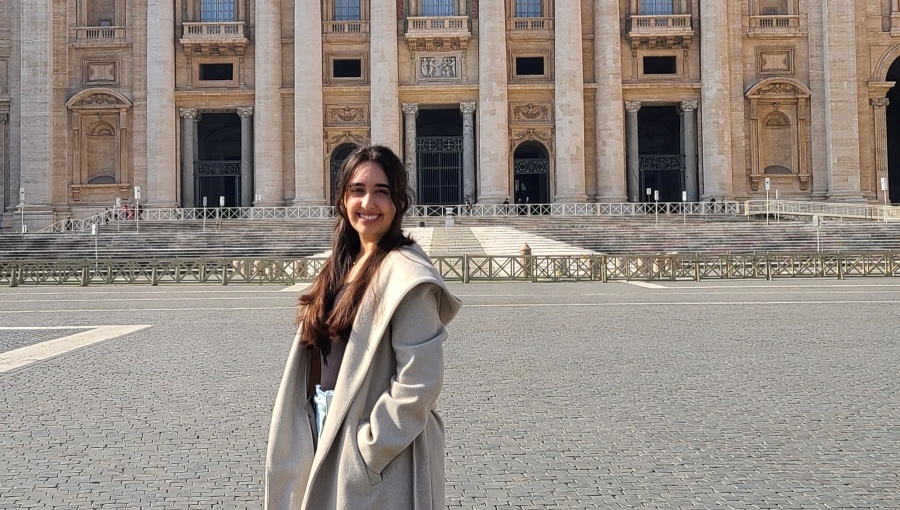