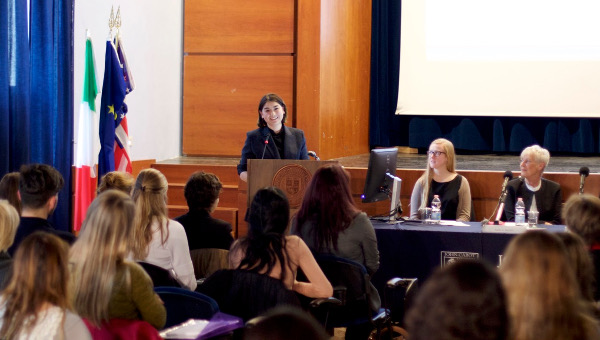 On Friday, 24 February 2017 JCU’s Women’s Leadership Initiative (WLI) hosted a panel discussion and a follow up workshop about the gender gap in the workplace, in collaboration with the Business Club and Student Government.

Kiriko Mechanicus, President of John Cabot University’s WLI, opened the panel discussion “Far From Equal.” She thanked everyone involved and introduced the panelists: Valerie Baxter (president of the Professional Women’s Association of Rome), Nicoletta Dentico (board member of Banca Popolare Etica) and Martina Romanelli (representative of the Young Women’s Network).

Kiriko then showed the audience the video she had made to publicize the event. She also talked about how important it is to define ourselves as feminists: “People are afraid to admit that they are feminists, or some still don’t know what it means. Some think that the great battles have already been fought by our mothers and grandmothers and therefore there’s no need to identify as feminists.”

Student Government Vice President Katie Kehoe, who moderated the event, began the discussion by asking the three panelists to share a mistake that they had made in the past when it came to equality in the workplace.

Nicoletta Dentico talked about the time when she was director of Doctors Without Borders, while she was also trying to parent three children. At one point, she said, she realized her babysitter knew more about her children than she did. So she decided to give up her position to spend more time with her family. Her regret is not having tried to find a compromise solution, maybe hire a coach who could have helped her manage both aspects of her life. Instead she gave up her job, one that she felt was “perfectly tailored” for her.

The gender gap in Italy is tangible. Over 30% of women who work are in a part-time position, because they feel they have to shoulder most domestic responsibilities. A common practice in Italy was to have women sign the so-called dimissioni in bianco, whereby companies made women sign their resignation papers the moment they were hired, so that they could easily be fired, in case they ever decided to have a child. Fortunately in 2007 the government passed a law to crack down on this illegal practice, although it still happens.

Later, the conversation shifted to some of the differences between women and men in the workplace. “Men are usually more competitive,” said Valerie Baxter. “Women can be more insecure, and don’t apply for certain positions because they feel like they are simply not good enough. There are so many invisible women who need help out there. They tend not to accept help even when the road gets rough. We are here to tell them ‘the road is yours, and we are here to help you get there.’ That is the difference between most men’s and women’s associations: men look for competition, women look for help and collaboration.” 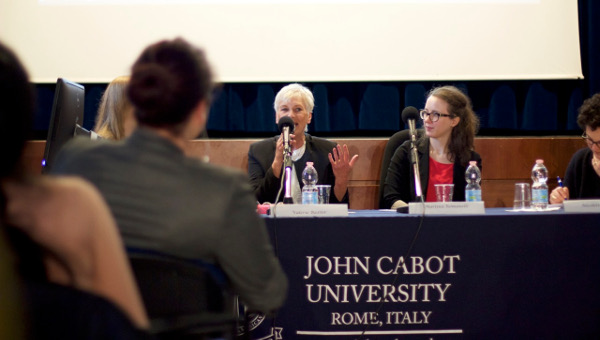 The speakers in the “Far from Equal” panel discussion

Martina Romanelli talked about the need for an open-minded approach to diversity in the workplace: “Equality should embrace and value all kinds of diversity, and take the strength of each of them.” One woman in a male-dominated working space will most likely adapt and become “like a man.” It takes many women to change the culture. But how do we change a culture that is so intrinsically patriarchal?

Nicoletta Dentico took the question. “As a Catholic, I also fight my battles in church every week. If we can still be Catholic and feminist, I think we have learned some resistance by now.”

“Donald Trump can be of help, paradoxically,” said Valerie Baxter. “He gives us an opportunity, he reminds us not to take our rights for granted. We need to fight, in the sense that we can’t even consider to be paid even just 10% less.”

The panel was followed by a closed workshop called “Breaking the Glass Ceiling,” led by Sofie Lambert, a consultant at the Food and Agriculture Organization of the United Nations. She organized a series of exercises tackling various types of gender stereotypes and discrimination in the workplace.

“On a daily basis, women and men struggle to overcome stereotypes, which can hinder their full participation in the workforce,” said JCU Professor Tara Keenan.  “Our idea was to give the JCU community the tools and the wherewithal to respond when confronted by these barriers. We hope to build on this event in the future to address workplace inequalities and the intersections of identity as a whole.” 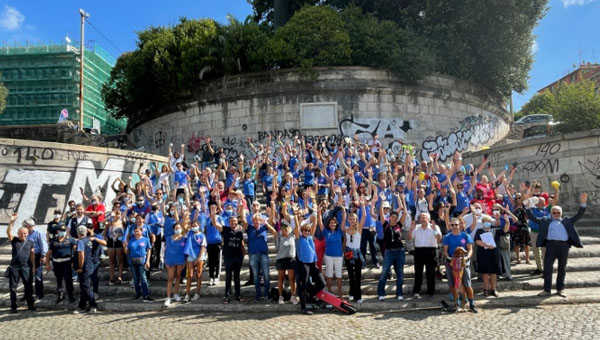 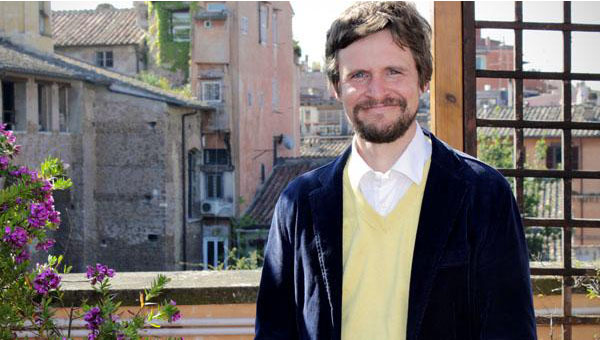 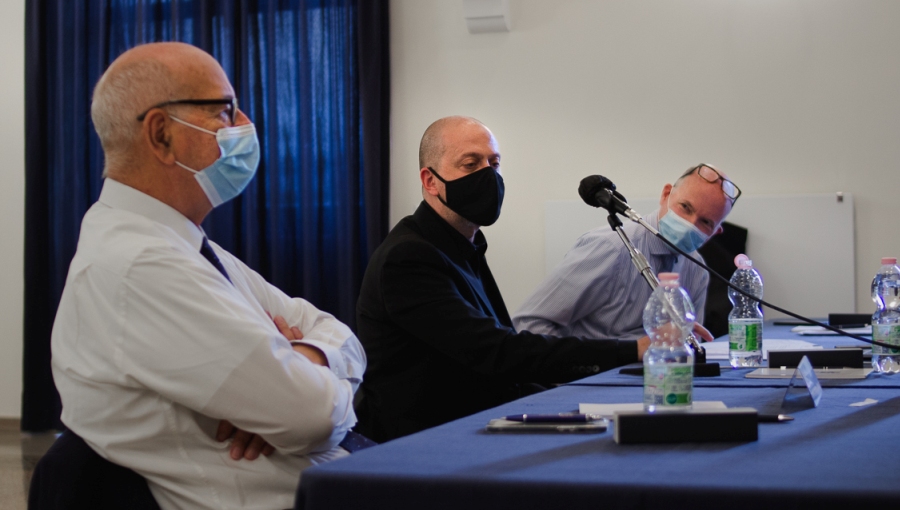