China’s Xinhua News recently asked JCU President Franco Pavoncello to comment on the diplomatic battle that is currently underway between Italy and France. According to Dr. Pavoncello, the controversy is unlikely to resolve itself until the elections for the European Parliament next May.

As explained in the article, the two countries, both among the founding members of the organization that eventually became the European Union, have clashed over a wide array of issues in recent months, including what to do about migrants. Most recently, deputy prime ministers Luigi Di Maio of the anti-establishment Five Star Movement and Matteo Salvini of the Eurosceptic League, have attacked French President Emmanuel Macron over Libya. Libya is the starting point for boats transporting thousands of migrants setting off for Europe. Salvini also accused France of stoking disorder in the north African nation because Italy depends on Libya for energy, while Di Maio said France “never stopped colonizing” the continent. In a rare move, France summoned the Italian ambassador in Paris to protest against the remarks. 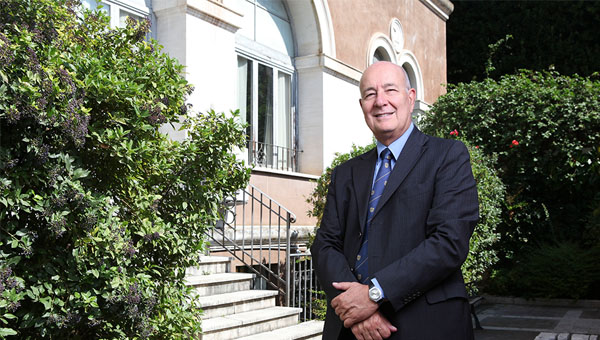 A professor of Political Science and leading analyst of Italian politics, Dr. Pavoncello’s work has appeared in, among others, the American Political Science Review, the British Journal of Political Science, Asian Studies, and World Affairs. He is also a well-known media commentator on Italian affairs, a contributor to major international newspapers such as the New York Times and the International Herald Tribune, and he appears regularly on radio and television networks including CNN, BBC, Reuters Press and TV, and many other media organizations.