John Cabot University is pleased to announce that alumna Matilde Cannata was recently awarded the prestigious Princeton in Africa Fellowship.  The Princeton in Africa organization matches talented and passionate college graduates from American universities with organizations working across Africa for yearlong service placements.

What made you decide to come to JCU?
I have always wanted to travel to the U.S. and see what it was all about so when I was 16 years old I did a year abroad with a host family in upstate New York. I still keep in touch with them and sometimes spend Thanksgiving and Christmas holidays with them. When I returned home, I decided that my university had to be in English and I knew I wanted to travel. I took a look at the JCU website and the major that appealed to me the most was International Affairs. In hindsight, it was more of a serendipitous choice and turn of events than a planned out career move. The rest is history; I fell in love with JCU, the professors, and the classes.

In Summer 2014 I took a class called Contemporary Africa and one of the readings was Darkness before Daybreak: African Migrants Living on the Margins in Southern Italy by Hans Lucht. It chronicles the life of a group of fishermen from Ghana who took the long and dangerous journey through the Sahara to Libya and then across the Mediterranean to Southern Italy in search of work in a cutthroat underground economy. That book really inspired me to work my whole life so that no one is forced to migrate and go through that journey. Since that class, I focused all my classwork (particularly my MA) on development and conflict resolution, in particular in sub-Saharan Africa. I am planning to spend at least 10 years in Africa doing mostly humanitarian work or governance. However, since I realize that the destiny of so many Africans depends on decisions made by the European Union, I would ultimately love to be involved at the EU level on foreign affairs policy-making as it relates to African migrants and their integration.

How did John Cabot prepare you for graduate school and your career?
I have a couple of role models who really guided me and shaped my thoughts throughout my undergrad years: Professors Michael Driessen, Pamela Harris, and Silvia Scarpa. I think they prepared me just by being great teachers and lecturers. They gave me a strong academic and writing foundation that set me up for success in graduate school. In general, I think that JCU has the advantage of being a small school, meaning smaller classes, which meant that I was able to have a more personal relationship with professors. When classes have 25 students instead of 400, professors can dedicate more time to you and give you more advice.

Tell us about your internship at the Center for Global Impact at International Republican Institute.
IRI does amazing democracy and governance work and I have had a chance to contribute and grow professionally within their thematic and global division. While remaining interested in Africa, I think I have come to realize that more often than not there are trends, themes, and best practices that cross borders and can be applied in multiple places. I have been able to develop administrative skills in terms of program management but I have also been able to acquire technical skills, such as developing tools for assessing anti-corruption and assisting with writing proposal narratives.

Congratulations on receiving the Princeton in Africa fellowship! What will you be doing? What made you decide to apply for this program?
Thank you! I will be working with the International Rescue Committee (IRC) in Dar es Salaam, Tanzania on proposal and grants management. I applied to this program since I really wanted to do field work in Africa and it is one of the few well-known programs that accept non-Americans as long as they have degrees from an American university.

Do you have any advice for current or prospective students?
I have a couple of rules that I live by that I could pass along: to be open-minded, respectful and nice to everyone. In addition, stay true to yourself and determined in achieving what your true goals are. There are so many amazing and inspiring people out there and if we are lucky enough to meet them, we should bask in their knowledge. 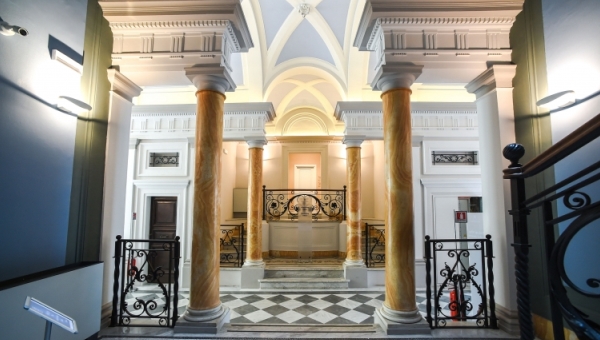