“The revolution is here and it is us.” – Paul B. Preciado.

The JCU Department of Communications hosted Paul B. Preciado, philosopher, writer, and art curator for the second edition of the Digital Delights and Disturbances lecture series on October 8th, 2019. Preciado joined JCU Communications Professors Donatella Della Ratta and Peter Sarram for a talk called Hacking the Binary, a conversation on gender, technology, and liberation. JCU student and actor Jacopo Olmo Antinori read extracts from Preciado’s book Testo Junkie: Sex, Drugs, and Biopolitics in the Pharmacopornographic Era (The Feminist Press at CUNY, 2013.) An outspoken feminist, Preciado is renowned for challenging the notions of sexuality, liberation, and gender in mass culture and critical theory.

The path of exile and freedom. Preciado’s influences and inspirations
Professor Sarram started by asking Preciado about factors that shaped his work and formation as a public intellectual. Preciado recalled that in his childhood he didn’t have any feminist or queer groups that he could relate to, having been raised in a devoutly Catholic community of a small town in northern Spain. Consequently, as Preciado explained, he decided to leave Spain. “I was losing things and leaving things behind as a possibility to invent freedom,” he said. 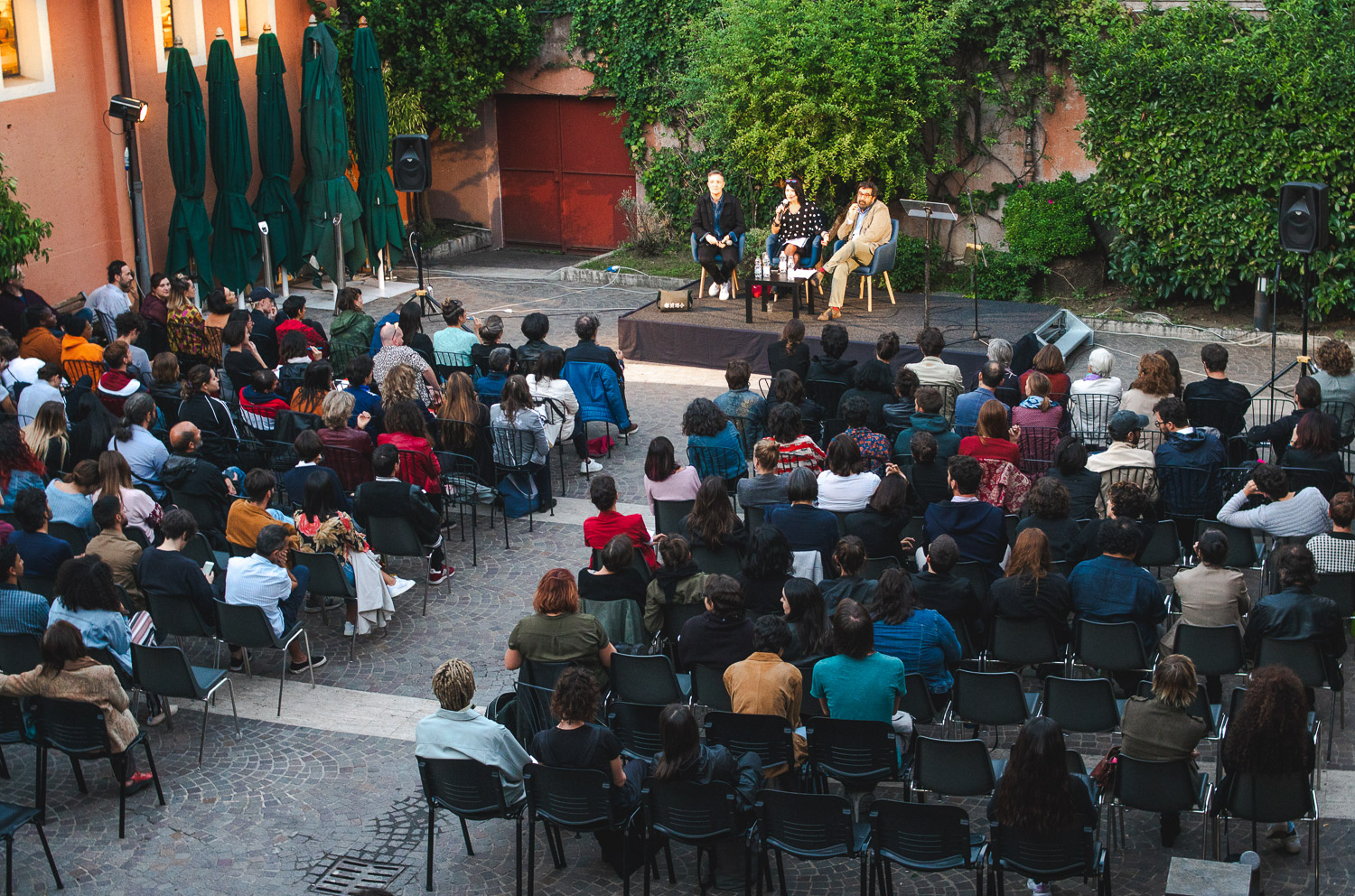 “Hacking the Binary” with Paul B. Preciado

Preciado said that after he went to New York City on a Fulbright scholarship for an MA in Philosophy, he was able to join feminist activist groups, especially black and anti-AIDS. “Those radical voices that were outside of mainstream feminism brought me deeper into feminism,” Preciado said.

French philosopher Jacques Derrida (1930-2004) is one of Preciado’s major influences.“Derrida,” said Preciado, “critiqued binary reason as being constituted as a series of opposites, such as the animal and the human, the female and the male.” Preciado said that many people, including himself, were inspired by Derrida’s criticisms of metaphysics. “People from my generation are not only thinking about deconstructing the binary, but also trying to fully develop a new epistemology that does not need the binary to be able to represent reality.”

Testo-Junkie as a protocol of self-intoxication
Professor Della Ratta introduced Preciado’s work, Testo Junkie, as a groundbreaking publication. She said that Testo Junkie provides an innovative approach to sex and sexuality by using the work of Jacques Derrida and French philosopher Michel Foucault (1926-1984), in addition to being a subject-oriented auto-ethnography.

Preciado said that he attempted to “bring Michel Foucault into the 21st century” by using “some extraordinary elements of his analysis of power but also by bringing them into a critique of gender oppression and the anticolonial question.”

Testo Junkie focuses on how the use of testosterone changes the psychology and physicality of the self. In the book, Preciado explores the grey zone outside of the imposed male-female binary system. Preciado explained how, while writing Testo Junkie, his own experiments with testosterone led him to research the industry behind the science of hormones. During his research on testosterone, he realized that, since World War II, “we have been facing an epistemological crisis.” Preciado explained that although the medical industry discovered that there are bodies going beyond the binary, it chose to conform them through hormone therapy to fit the binary instead of changing the binary itself.

Testo-Junkie and Academia
Professor Della Ratta explained that “Testo Junkie hacks all the protocols of academic writing, as well as theoretical, philosophical, and medical discourse. It is a very fine operation of hacking into the genres. It produces a liberation effect.”

Preciado challenged academia’s ability to keep power relations in check because, as he argued, academia is directly linked to “the position of power.” Academics, therefore, have limited options to work against power structures. 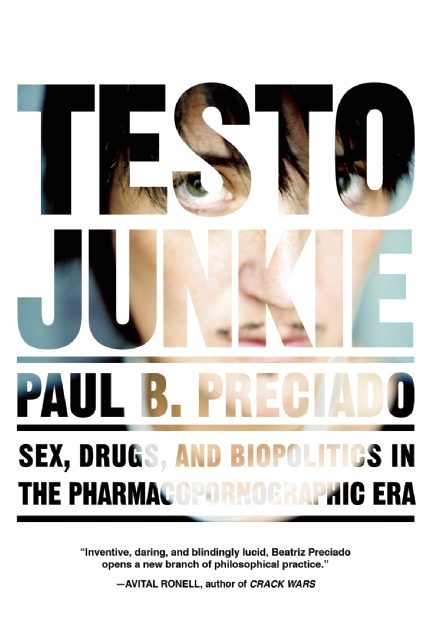 “Testo Junkie” by Paul B. Preciado

“I think that we need a revolution within the university,” he continued. He stressed that the education system, organized around the concept of pursuing degrees, is part of a discourse created by the architectures of power and oppression. At the same time, Preciado emphasized that universities are crucial institutions as they not only provide knowledge but also values. “I think that the university of the future will not have teachers but collective exercises,” said Preciado. In his view, the production of knowledge would be a collective effort achieved through discussion and research, with no power relations involved.

Technology and the disciplinary regime of sexuality
“Addiction is one of the main modes in which technologies of power are connected to the production of contemporary subjectivity,” stated Preciado.

Preciado provided an insightful discussion on the development of the notion of sexuality and technology from the 19th-century onwards. “A homosexual and a heterosexual in the 19th-century were mostly subjects who related to others through writing or orality, but had no technological mediation as we have now,” said Preciado. He stressed that a crucial technological transformation of the 20th-century was the introduction of artificial substances into the body. Preciado called this phenomenon “the edible panopticon,” based on Foucault’s concept of panopticon, an 18th-century prison that became a symbol of power in modern society. “When we swallow the pill,” he explained, “we are swallowing the whole techno-power apparatus that unfolds in the subject.”

Preciado pointed out that in the 19th-century, the state enforced a disciplinary regime where heterosexuality was based on the economic need for a new workforce. Preciado believes that for the past 50 years sexual minorities have been fighting for “integration within heterosexual society and becoming equally productive for the system.”

“We often think that we are living in dark and horrible times. But it’s absolutely not true,” said Preciado. “It is no longer a call for revolution but a realization that we are the revolution that is already taking place,” said Professor Sarram, quoting Preciado’s Countersexual Manifesto introduction (Columbia University Press, 2018). “I realized through my experience both in academia and activism that we are now living through this revolution which is undoing the discourse,” said Preciado.

“In the last 50 years, we have become more female, more gay, more trans, but, in my opinion, we have produced more identity and very little freedom,” Preciado concluded.

The Digital Delights and Disturbances series will continue throughout November 2019. 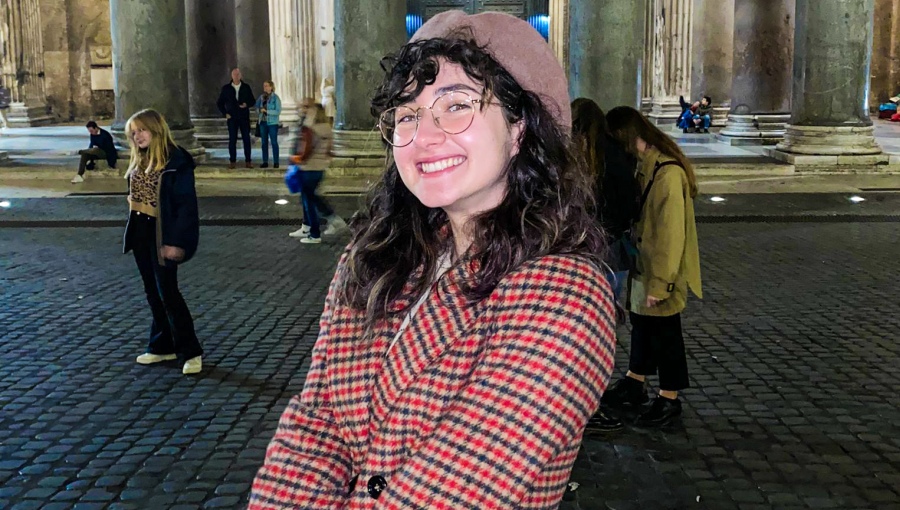 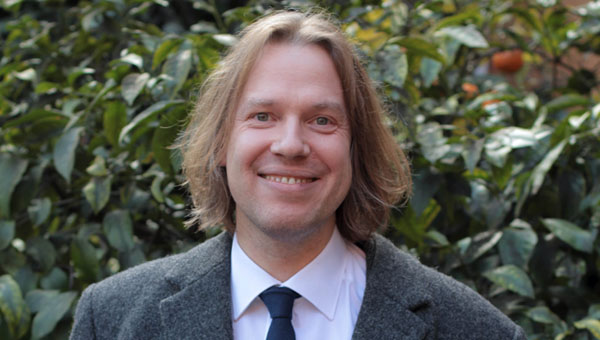 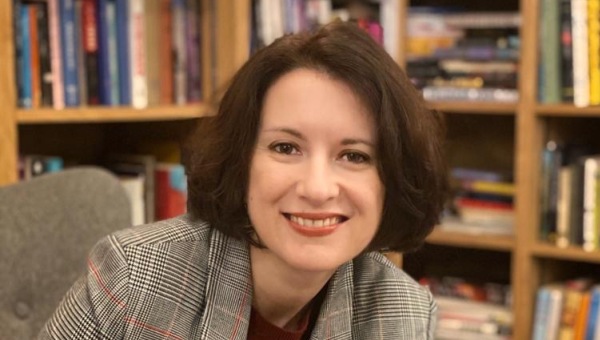