Breakthroughs in Anti-Slavery Work: A Talk by Professor Kevin Bales

John Cabot University welcomed Professor Kevin Bales for a talk on Recent Breakthroughs in Anti-Slavery Work: New Technologies, New Ideas, New Approaches on February 13, 2020. Bales is Professor of Contemporary Slavery and Research Director of the Rights Lab at the University of Nottingham (UK). The talk was sponsored by the Guarini Institute for Public Affairs, and the Department of Political Science and International Affairs. President Franco Pavoncello gave his opening remarks and JCU Professor Silvia Scarpa moderated the Q&A session.

Slavery in the early 2000s
Bales discussed how knowledge about contemporary slavery and human trafficking was very limited in the early 2000s. There was no clear idea of the number of slaves involved, no reliable method to calculate it, and no way to analyze the potential trauma that the people who lived in slavery could experience. Over the years, the “science of slavery” evolved and became complex, logical, unified and organized. Today, the use of new technologies, among other things, allows researchers to have a more precise understanding of the dynamics of slavery and human trafficking.

Technologies to locate areas where slavery is prevalent
According to Bales, a good tool to study slavery is satellite imagery. “I think we can see slavery from space,” said Professor Bales when he first contacted satellite experts. Shortly after, Professor Bales and the experts managed to find five slavery camps located inside a UNESCO World Heritage Site in Bangladesh. Satellite imagery also allowed the researchers to see images from up to 20 years before, which made it possible to trace and analyze the movements of the various slavery camps over time.

Another technique that Professor Bales mentioned was the use of artificial intelligence and algorithms to identify and mark brick kilns, or thermally insulated cabins that produce temperatures sufficient to turn objects made from clay into pottery, in this case into bricks. Not all brick kilns are operated by slaves, but it is estimated that at least half of them are. A crowdsourced project developed by Professor Bales allowed online users to employ a software to identify and mark kilns in the “Brick Belt” that stretches across parts of Pakistan, India, and Nepal. After five weeks, the algorithm learned to identify brick kilns by itself and the information was matched inter alia with the one on murders.

Deforestation
Slavery and human trafficking can also affect other global issues such as deforestation. Professor Bales talked about “slave-based deforestation,” which is an issue in Brazil, and particularly in the Amazon forest. Human traffickers employ slaves for their illegal activities such as logging in the area. It is, therefore, fundamental to reverse the vicious cycle between environmental destruction and slavery and to transform it into a virtuous cycle in which ex-slaves are contributing to reforestation and other environmentally-friendly activities.

Corpus linguistics to analyze the trauma of slavery
Another new technique that is used in anti-slavery work is corpus linguistics, or the study of language as expressed in “corpora” or samples of real-world texts, which can be useful to gain insights into the minds of people who lived in slavery. Professor Bales explained that an analysis of the language used by a number of former slaves revealed that they tend to avoid the future tense, and usually prefer using the present tense. ‘Atemporality’ and ‘a-spatiality’ are two words that Professor Bales used to describe his findings. He explained that most people who lived in slavery tend to avoid thinking of the past and the future, because their owners only want them to focus on the present. Moreover, they tend to avoid thinking about movement, and rather focus on the space where they are at a given moment.

Facts and figures: the cost of eliminating slavery
According to Professor Bales, 40.3 million people in the world are currently living in slavery. “The cost of bringing someone into slavery has collapsed,” said Professor Bales, who explained that in ancient times slaves were “expensive investments.” The average slave price over 400 years ago was the equivalent of 40 thousand dollars today. The average price of a slave today is 90 dollars, but it can go as low as 10 in certain parts of the world. Slaves have become disposable, as it is cheaper for the traffickers to replace them.

If slavery were a country, commented Bales, it would have the population of Algeria and a Gross Domestic Product (GDP) similar to that of Bulgaria, thus a small, poor country. If it were a US State, it would have the population of California and the GDP of Kansas. At the same time, in terms of carbon emissions, if slavery were a country, it would be the third in the world, with 2.54 billion tons per year, behind China (7.03) and the US (5.46).

The speaker
Kevin Bales is a world-renowned expert in the field of contemporary slavery; his 1999 book Disposable People: New Slavery in the Global Economy has been published in twelve languages and he co-founded the non-governmental organization Free the Slaves. At the Rights Lab of the University of Nottingham, he works with 100 researchers to tackle the issue of contemporary slavery and come up with an action-plan to end it. Future projects include investigating the question “does slavery change the way the brain works/looks?” said Professor Bales.

Harris vs Pence: A Debate on America’s Future 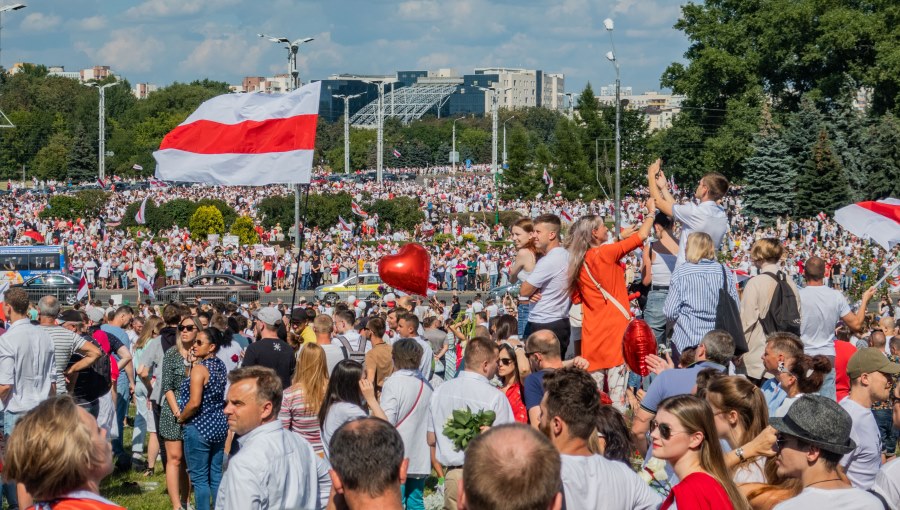