On June 4th a rough cut of the documentary “More than Sbarchi: The African Diaspora in Italy” was screened in John Cabot University’s Aula Magna Regina.

In his introductory speech President Pavoncello said that the perception of African immigrants has changed significantly over the past thirty years in Italy and is often dominated by images of refugees arriving on the Italian coasts. He underlined that realities are much more complex and that it is important to know the real stories, told by African immigrants themselves.

Prof. Isabella Clough Marinaro took the floor to introduce Iman Childs, a Fulbright scholar and the maker of the documentary, who contacted her over a year ago to ask for her support, and that of JCU, in her application for a scholarship to enable her to study the daily lives of people of African origin in Italy. Prof Clough talked about her enthusiasm for a project that would at last counter some of the stereotypes about immigrants that are still so widespread in Italy.

In her brief introduction to the documentary, Iman revealed that she was first inspired to start this project when, as an undergraduate, she went to Florence as a study abroad student and realized that Italy is a much more complex and multiethnic society than people abroad tend to imagine. In the movie itself, the first narrator explains that there is a miscommunication between migrants and locals. Migrants are often talked about but rarely approached. The people featured in the movie are from different places in Africa and identify themselves as both African and Italian. For some, the trip to Italy wasn’t smooth and once here not everyone had an easy time; many of them faced – and continue to face – some form of discrimination, and some of the women talked about being harassed because of gendered stereotypes. Many have also struggled to find jobs in which their qualifications and skills are recognized, often having to work long hours and in difficult conditions. Others instead talked about the struggle to obtain Italian citizenship despite having been born in the country or residing here from when they were very young. These hardships led some of the interviewees to conclude that Italians still have a very narrow vision of what “Italian-ness” means.

“When the color of the skin gets lighter then the level of the discrimination gradually decreases” is the opinion of an expert on immigration featured in the documentary. However, there is also a lack of acceptance or understanding of Islamic culture and religion in Italian society, which can add to the pressures faced especially by North African immigrants. Some of the interviewees felt that often ignorance and lack of sensitivity motivate such attitudes. Those who were born in Italy or arrived as young children narrated their first experiences of people pointing out their skin color and/or their otherness and explained the pain and feelings of confusion about their identity that such encounters caused.

One of the last sentences in the movie underlines the feelings of those interviewed: “Our culture is nothing to be scared of or to run away from.”

After the screening Prof. Clough opened the floor for questions and Dean Merva asked how the interviewees were selected and whether there were significant socio-economic differences between them. Iman explained that she was able to contact more Sub-Saharan Africans than North Africans, resulting in a somewhat uneven ratio. When asked by President Pavoncello what the most important lesson she learned from making this film was, Iman stated that she had learned to not assume that everyone shares her own background, experiences, and views, and that her own experiences as an African American were often very different from those of her interviewees. When asked what she planned to do next with her project, she said that she hopes to enter it into documentary festivals in the US, since the film was made for mainly American audiences. 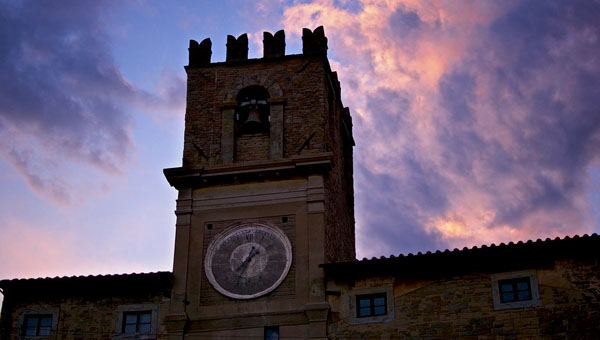