John Cabot University student and Paralympic fencing champion Bebe Vio received the Innovation Leader Award from ANGI, the Italian Association of Young Innovators. “Bebe is a role model and an example for all of us,” said ANGI President Gabriele Ferrieri as he presented her with the prestigious award on December 7, 2018 at the Italian Chamber of Deputies in Rome. 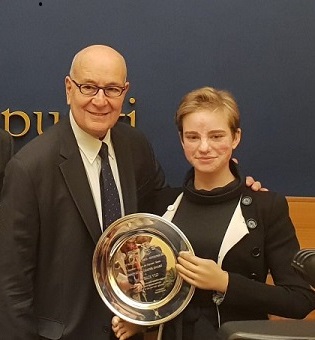 Bebe, who has been fencing since she was five years old, contracted a severe form of meningitis when she was 11, which led to the amputation of both her legs from the knee, and both her arms from the forearms. But just one year after her illness, Bebe started to fence again. She is a 2014, 2016, and 2018 European champion, 2015 and 2017 World champion, and 2016 Paralympic champion in the foil B category. Bebe is active in the non-profit organization Art4Sport, which is dedicated to using sports as therapy for child amputees.

“I study Communications at John Cabot University, an amazing place with a truly international atmosphere, where I exchange views with students from all over the world,” said Bebe.  “I am convinced of the importance of education so that I can face the new challenges that await me once I decide to leave competitive sports,” added Bebe.

John Cabot University President Franco Pavoncello, who spoke at the ceremony, said, “Bebe Vio is an inspiration for all young people.” Dr. Pavoncello emphasized the importance of higher education and internship opportunities as fundamental elements to help young people develop their talents.

When asked by journalists how she envisions her future, Bebe answered, “I want to become the first female President of the Italian Olympic Committee (CONI).” A journalist asked her if she thought that this position could be held by a woman and Bebe replied, “Of course it’s possible. It’s a question that should not even be asked. Obviously, women need to fight for what they want. Luckily for me, I don’t even ask myself if it’s possible, I just think about making it happen.” 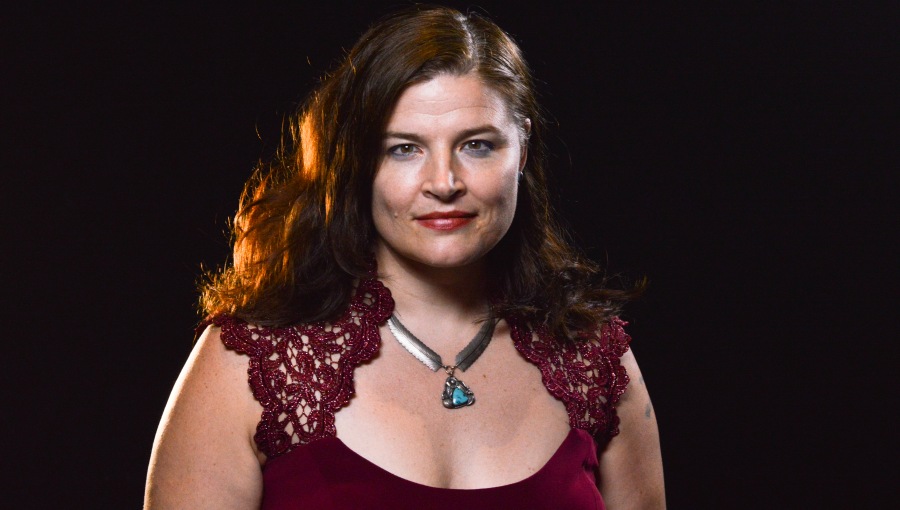