How did you become interested in film and TV production?
When I was 13, I started making trailers with my Hi8 camcorder for fun, and I began to study Italian. These choices ultimately proved quite serendipitous. At that time, I had no idea I would become a professional in the field of television trailers in Italy.

What brought you to Rome and JCU?
I started my professional life teaching at Rome’s French Cultural Center (Institut Français Centre Saint Louis) and then ended up working in television production. After 15 years, I realized that I really missed teaching. I am grateful to the Department of Communications at JCU for giving me the opportunity to teach what I learned in the TV business.

You have an upcoming podcast called “Malafemmina.” Why are podcasts growing in popularity?
Yes, “Malafemmina” will be released on November 25, the International Day for the Elimination of Violence Against Women. It’s the story of a friendship between a French filmmaker and a transsexual artist in Rome.

The audio-visual industry has been overly focused on the visual for too long. With the emergence of social media, the public has become saturated with images, giving audio a chance to finally shine. Podcasts are nothing new, they are just a cheaper version of on-demand radio that can be consumed anywhere, which makes for an intimate cost-effective cultural product.

You were Plumette’s voice actress in the Italian version of “The Beauty and the Beast” (2017). What’s the most important thing that a voice actor should always remember?
In my family, we have this tradition of reading books out loud to each other. This is great training for controlling your voice, and it helps you realize how rhythm and intonation are utilized to stress the different moments of a story. Some people are natural storytellers and grab the audience’s attention as soon as they open their mouths. It’s something one can learn, though. The growing success of podcasts is another contemporary example of the power of the human voice.

You are a creative producer, copywriter, and filmmaker. What tips and advice would you give to someone interested in this career path?
Do what you love. I have always managed to find time for my own projects while simultaneously being a full-time employee. I found that the things I created and was passionate about brought me major career opportunities.

I also find that good knowledge of the humanities is a powerful weapon in my field. In this somewhat depressing moment in history, there is an urgent need to go back to basics. The masterpieces you read, the classical music you listen to, the extraordinary films you watch, and a solid cultural background are what make you precious and unique. Last but not least, and it took me years to understand it, perseverance does pay off.

Tell us about a challenge that you encountered in your career. How did you overcome it?
When I started my career, I wasn’t expecting the gender gap to be an issue. I didn’t even really know what it was. Ultimately, unequal professional opportunities, particularly in Italy, made me a feminist. The mechanisms that create the gender gap are often unknown to many, which makes it harder to address. There is still a strong collective denial in many companies around those issues and most people are unaware of the discriminations that continue to exist. Only through education can we change these interiorized dynamics.

Your documentary La faute à mon père won the “Best European Documentary” award. What prompted you to tell this story?
A forbidden love story between a Catholic priest and a nurse, even though the heroes are my parents, was too good to be true. I am always amazed by the quantity of good stories just waiting to be told. The desire to tell these stories is what inspired me and led me to the art of documentary.

Name three documentaries that everyone should watch.
I particularly like home-movies, this subgenre of documentary that mixes private footage and strong storytelling. There are so many examples, but I will mention three that often appeal to a young audience: 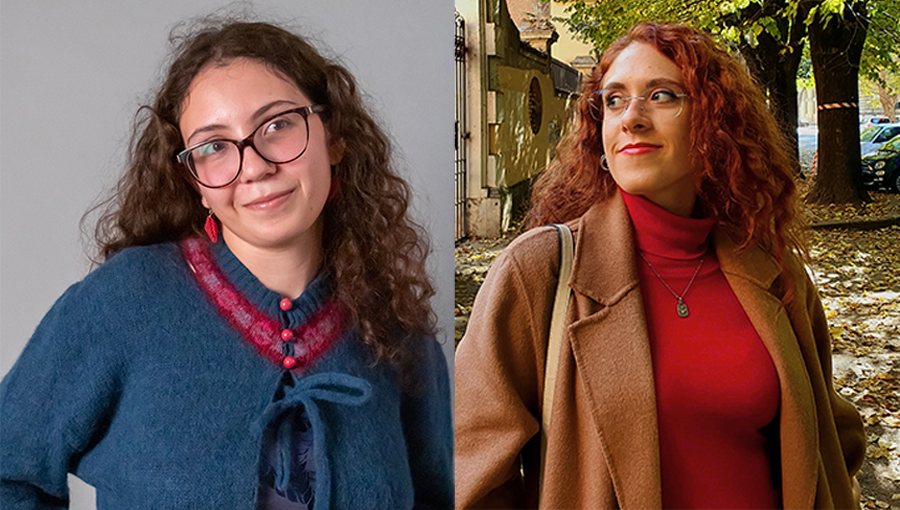